Florence – Capital Of The Renaissance

The glory of Florence is rooted in its past. The political dynasty Medici commanded the city’s fortunes for centuries and encouraged the city’s Renaissance. Florence is rich with formidable galleries, treasure-crammed churches, sculptures, paintings and architecture, all of which attest to its artistic and cultural past.

The Medicis sponsored philosophers and artists such as Botticelli, da Vinci and Michelangelo, making this compact city an ideal choice for school trips wanting to explore some of the great art treasures of the world!

This package is suitable for the following subjects:

All about: Florence – Capital Of The Renaissance

Florence is one of the few cities around the world whose entire historical centre is considered a UNESCO World Heritage Site. There is so much to see in Florence, even in a day or two you will realise that there are too many art treasures to see in such a short time!  And we agree: don’t try to cram in everything into a few days, but pick and choose and you’ll enjoy much better what you do see and do.

Our student group tours will include visits to:

The Piazza del Duomo in the heart of Florence. Here, the majestic Duomo, or Cathedral of Santa Maria del Fiore, presides with its famous cupola or dome by Brunelleschi, the Baptistery with its bronze Gates of Paradise and Giotto’s bell tower from which you can admire an incredible view of the city.

The Piazza della Signoria, was the centre of Florence’s political power for centuries. Here is the grand Palazzo Vecchio, headquarters of the city government as well as museum. To the right of Palazzo Vecchio, you can admire the beautiful Loggia dei Lanzi where wonderful statues such as the Perseus by Benvenuto Cellini are on display, and in the piazza itself admire Neptune’s Fountain by Ammannati and the equestrian statue of Cosimo I by Giambologna.

The Uffizi Gallery, one of Italy’s top museums and one of the most important in the world with its large collection of Renaissance masterpieces such as the Allegory of Spring and the Birth of Venus by Botticelli, just to name two of its incredible collection.

The Ponte Vecchio which connected to the Uffizi Gallery by the famous Vasari Corridor, and links Palazzo Vecchio to Palazzo Pitti, is Florence’s most celebrated landmark! The bridge has connected the river banks exactly at this point since the 12th century!

Piazza Santa Croce your group will visit the impressive Santa Croce Church where many great Florentines and Tuscans have their final resting place, including Michelangelo and Galileo.

Finally, no visit to Florence is complete without a guided visit of the Accademia Gallery. This gallery houses Michelangelo’s original marble statue called David, standing tall at its centre.

The tour package inclusions and exclusions at a glance

Included in this tour

OPTIONAL: Extend your stay and visit the stunning art city of Pisa!

Not included in this tour

Fill in the form below and we’ll get back to you as soon as we can. 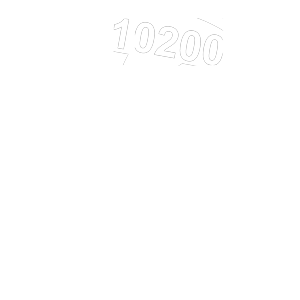